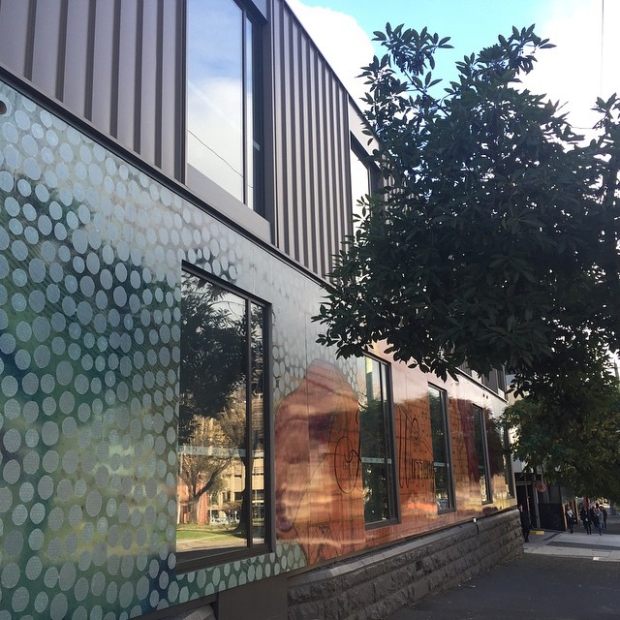 You Are, Here Now is a series of large-scale map works of the artist’s current practice, which investigates issues around history, identity, the environment, and mapping practices in a Melbourne context.

These works present localities familiar to residents of Melbourne and present culturally diverse and distinct regions in Melbourne’s cultural landscape including Footscray, Port Melbourne, St Kilda and the inner city region.
Utilising geological maps from the early 1800’s and continues the current practice of including Aboriginal people and place names over colonised geographical spaces and superimposes an approximate 5-meter sea level rise.

Visitors to the building and the general public will be able to locate themselves within these artworks and will have the opportunity to observe the current landscape as it were several generations ago as well as read the Aboriginal language sung and spoken in the same space for thousands of years.
The site of the building is visible in the artwork in the geological map from the 1800’s, inviting people to situate and see themselves in the space and reflect on the continual change of the urban and social environment.

Fitzroy has long been a gathering place for groups in the Kulin Nation, The Wurundjeri, Boon Wurrung, Marin- Baluk, Yallukit Willam of the Woi-Wurrung. Fitzroy continues to be a place for people from diverse cultural backgrounds to connect and share their lives within the University environment, in the housing commission flats and along the popular streets of Brunswick, Gertrude and Smith streets.