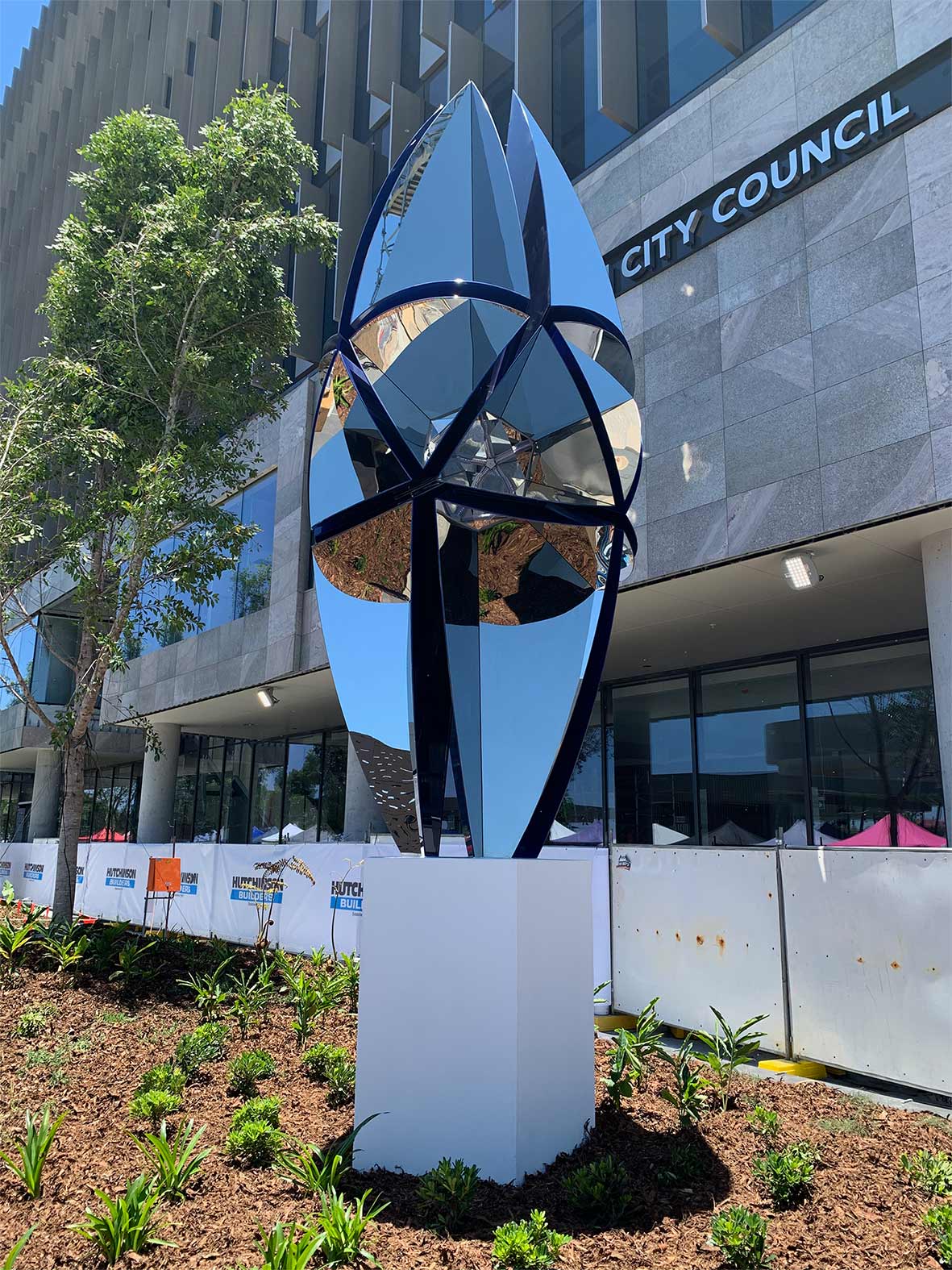 Austin’s sculptural form, ‘Standing’ consists of two elements – a large cast concrete plinth forms the lower portion; and a delicate painted aluminium form with reflective stainless steel inserts above. The two forms speak of an evolving Ipswich, paying tribute to its rich history – its base, while expressing hopes and ambitions of a fruitful future.

The utilitarian form of the plinth references the material wealth, industry and associated labour on which Ipswich City was founded. Limestone, the original name of the Ipswich settlement, is an important ingredient in the production of cement and concrete.  The concrete plinth alludes to the minerals that were mined here in the early days of European settlement. The plinth is about industry and tradition, stability and progress.

The upper reflective form of the work is influenced by the bud of the Eucalyptus Curtisii, the floral emblem of the city of Ipswich. Beyond this the form is sleek and refined, its materiality is still industrial but modern. The choice of blue causes these planes to optically recede, contrasting against the mirrored surfaces, particularly at night. The reflective surfaces will transform throughout the day as the sun tracks across the sky, at night the LED lights within the work will illuminate these surfaces with changing colour. The stainless steel panels adhered to the internal surfaces reflect the void at the centre of the work in a kaleidoscopic pattern. The illusory geodesic form which is seen in the kaleidoscope appears to be larger than the actual void within the work. When the integrated LED lighting is switched on this will be reflected in the kaleidoscope, creating exciting patterns as viewers move around the artwork.